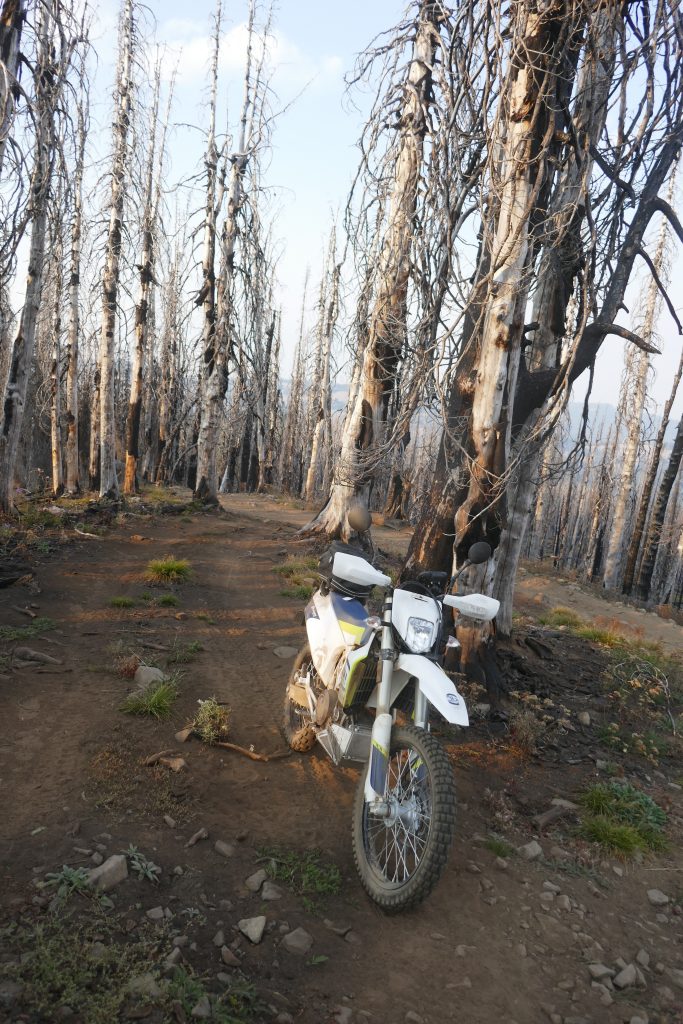 It all started long time go. I was always a motorcycle fan but due to my mom (like any other loving mother) I did not start to ride until I was 25 or so. At one point my garage looked like this: image with 3 bikes.

But the real inspiration came after watching the long way round series:

I bought a used 2006 BMW R1200 GS in March and started to prepare for my first big trip to the Arctic Ocean from Seattle. In 3 months I learned a lot, had so much fun on the road, even though I head a moose near Dawson City (survived, repaired the bike) and made it to Prudhoe Bay:

After that I started to ride a lot solo – and learned the bike is too heavy. So I downsized to BMW F800 GS, than to BMW G650 Xcountry that was perfect size wise, but not so great for offroad. I was able to finish the Desert 100 on it, but when I got a chance, I purchased the 2017 Husqvarna 701 Enduro, in summer 2017 with about 600 miles on the odometer. (I never buy new bikes.)

I also hooked up with Rade Garage guys and started to build the ultimate adventure and offroad motorcycle. I decided to document the findings on this web for others to use.